All of YAI’s programs fall in one of three thematic areas:  education, health, and economic empowerment.    YAI works with community leaders, and community based groups to develop and implement programs to ensure that they are aligned with the most pressing needs of the community and that they can also be implemented in the most effective way. 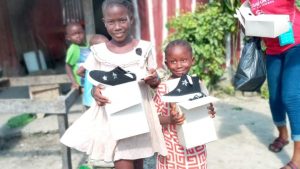 The focus of YAI’s work in education is geared towards building a strong foundation for children at an early age as well as ensuring that young people have access to opportunities for sustainable livelihood. Executive Director Kimmie Weeks notes, “I know from first-hand experience that the foundation a child receives prior to entering grade school plays a critical role in the success of that child through the rest of their academic journey.”

Since 2010, YAI has implemented a program called the Liberia Early Childhood Initiative (LECI).  This program provides teachers with training and tools to augment early childhood education for thousands of Liberian children.   Since the program started, 75 schools, 2,000 teachers, and close to 90,000 children have benefited from it.   LECI provides the tools teachers need to help children build a solid foundation.  The organization recognizes that by giving children a solid start, they are able to excel and perform better during their later years. 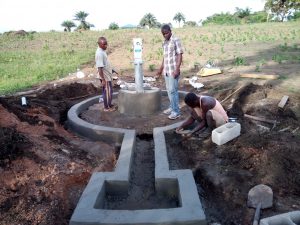 Tens of thousands of people across West Africa still lack access to clean and safe drinking water.   During the wars in Liberia and Sierra Leone, aid agencies built thousands of hand pumps to help address this problem.   Unfortunately, after years of use, most of these pumps are no longer operational and communities have been forced to return to using unsafe water sources.

Since 2019, YAI in collaboration with Dockers, Waves4Water and Water Charity have been working to address this problem.   To date, the organization has restored 60 wells, which has brought clean and safe drinking water to over 60,000 people. 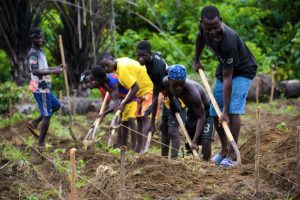 The mantra “teach a man to fish” has been the core guiding factor of YAI’s economic empowerment programs.    This remains an area where the organization dedicates most of its resources to.

In one of his talks, YAI’s Executive Director Kimmie Weeks observed that far too often, young people in post war African countries continue to languish in poverty and despair simply because they do not have the training, tools and opportunities to create sustainable livelihoods for themselves.

Over the years, YAI has focused its efforts on creating the environment where young people can be trained and provided the resources they require to become successful entrepreneurs.   Since 2006, the organization has executed several empowerment programs that have benefited thousands of young people in West and East Africa.   In 2020, YAI’s economic empowerment programs are focused in two key areas:  agriculture and  vocational training.